Don't miss the opportunity to learn from the top minds in deeptech. Register now 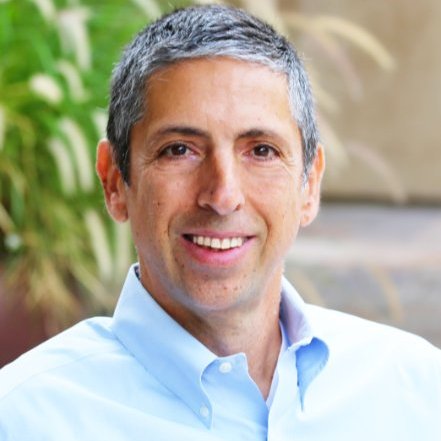 George Ugras previously worked as Managing Director at IBM Ventures, and previously at ACM, an early stage venture fund, where he was general partner and managed investments across big data infrastructure, cloud computing, and analytics.

He has lectured on entrepreneurship at Carnegie Mellon, UCLA, and Stanford and advised faculty on technology spin-offs at various universities. He also provides oversight to the Space Electronics Group at Caltech and NASA’s Jet Propulsion Laboratory. He was a research fellow. 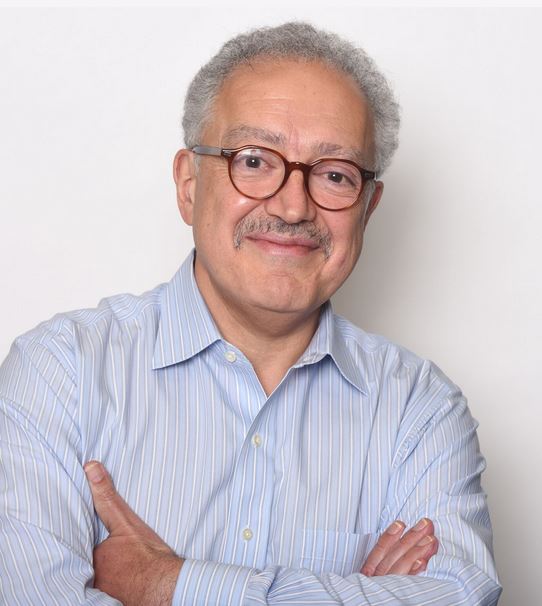 Eric Benhamou has over 40 years of experience in the IT industry, including 14 years of active venture capital experience. He founded Benhamou Global Ventures (BGV) in 2003 and made active investments in early stage information technology Silicon Valley firms focused on global enterprise and telecommunications markets. In fund I, he leads investments in Swan Labs (F5), Dasient (TWTR), Voltaire(MLNX), Finjan(FNJN), Contextream (HP) and Load Dynamix. Eric currently serves on the boards of Grid Dynamics, Ayehu, Totango, Secret Double Octopus and 6d bytes, portfolio companies of BGV’s fund II and III. Eric Benhamou has extensive corporate governance experience, having served on more than 25 corporate boards, including 10 publicly traded companies such as 3Com, Palm, Netscape, Legato Real Networks and Cypress Semiconductors (CY). He continues to serve on the boards of Silicon Valley Bank (SVBFG) and of Finjan Holdings (FNJN). Through his career, Eric Benhamou participated in 7 IPO’s and 36 M&A’s. Prior to his venture capital career, Eric Benhamou built and operated several IT companies and experienced all the stages of growth from start-up to Global Fortune 500. Principally, he served as CEO of 3Com from 1990 to 2000 and as Chairman until 2010. Revenues grew 25-fold during his tenure. In his last year as CEO, 3Com was ranked 294 in the Global Fortune 500 rankings. He was the first 3Com CEO to formalize a corporate venture investment strategy and started 3Com Ventures, a $250 million corporate venture fund in 1998. He also served as CEO of Palm until 2003, and subsequently as Chairman of the Board. Both 3Com and Palm were sold to HP in 2010. Prior to 3Com, Eric Benhamou was a founder of Bridge Communications, an early networking pioneer which he helped take public on NASDAQ in 1985. He started his career as a software engineer at Zilog in 1977. Eric Benhamou has been teaching entrepreneurship in various business schools around the world for the past 10 years, principally at INSEAD, Stanford and IDC’s Herzliya’s Arison School of Business, where he was a visiting professor. He also served on the Advisory Board of Stanford’s school of Engineering and the Board of Governors of Ben Gurion University of the Negev in Israel. He is also active in several non-profit organizations, chairs the Israel Venture Network and the American Friends of Arts et Métiers. Eric Benhamou, 62, has an MS from Stanford University’s School of Engineering, a Diplôme d’Ingénieur and a Doctorate from Ecole Nationale Supérieure d’Arts et Métiers, Paris. He also holds several honorary doctorates and international awards. 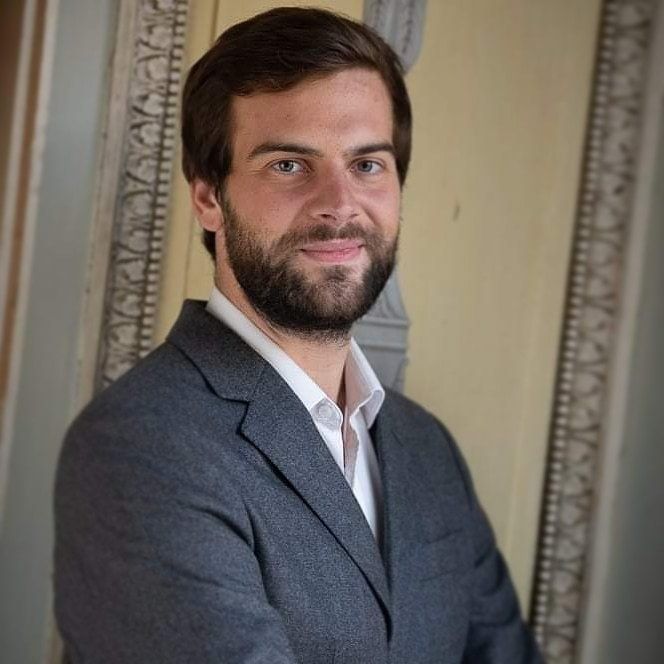 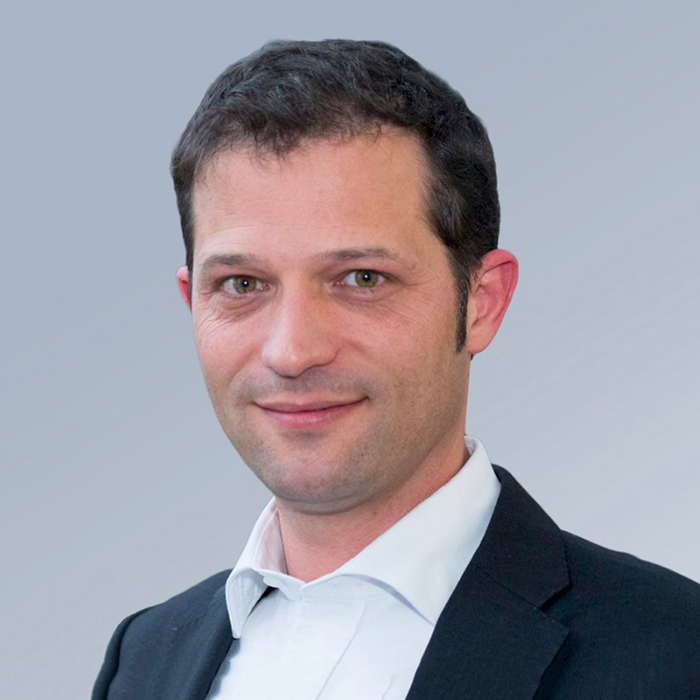 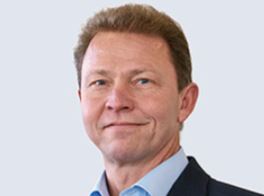 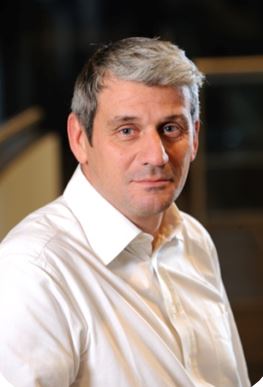 Nicolas Leterrier joined Schneider Electric in 2011. He is since May 2015 Chief Technology Officer of Building & IT activity. He held previously the position of Vice-president in charge of Innovation within Technology Strategy organization. He was responsible for the Innovation teams based in France and the teams in charge of Technology Innovation & embedded Platform development for Schneider Electric. Nicolas began his career in Paris working for Gaz de France and GFInformatique. In 1991, he joined ST Microelectronics as a software development engineer. After working in the US for data storage business development, he became in 1999 manager of an application development group covering the field of Telecommunications, Automotive and computer peripherals. Nicolas is graduated with a master of sciences of the Paris XI Orsay University and an engineering diploma from Ecole des Techniques du Génie Logiciel (software engineering).

Head of Sector, Digitising European Industry Governance, DG CONNECT, European Commission. Yves has been working in the policy fields to foster the uptake of digital technologies since the Digital Agenda for Europe in 2010 and is now driving the Digitising European Industry initiative as Head of Sector for its governance, in DG CONNECT (European Commission). An engineer graduated in microelectronics and in computer science from the Polytechnic School of Louvain, he joined the European Commission as a scientific officer for R&I projects dealing with health informatics, later with network security and dependability. Prior to this, he led, among others, distributed systems and security projects at the Open Software Foundation Research Institute. 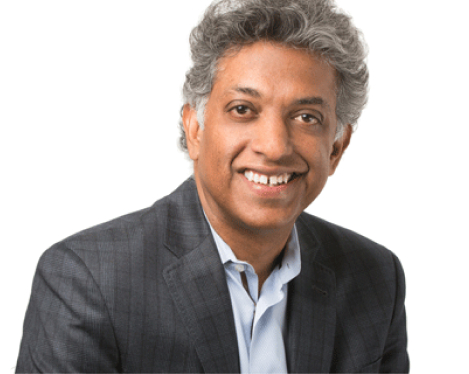 T. M. Ravi is Managing Director and co-founder of The Hive – a studio to co-create, fund and launch AI-powered enterprise startups. Ravi has been a pioneer as an investor and co-creator of startups that apply AI in the enterprise. The Hive engages with entrepreneurs and corporations to create companies focused on data and AI driven applications in the enterprise and industry segments such as financial services, insurance, and health. Ravi has a successful track record as a serial entrepreneur and operating executive. He has started over 25 startups including three where he was founder & CEO: Mimosa Systems, Peakstone Corporation, and Media Blitz. Mimosa was acquired by Iron Mountain and Media Blitz was acquired eventually by Computer Associates (CA) for $1.2B. Ravi was also CMO for Iron Mountain, VP of Marketing at Computer Associates (CA) and VP at Cheyenne Software. Ravi earned an MS and Ph.D. from UCLA and a Bachelors of Technology from IIT, Kanpur, India. He is on the board of Montalvo Art Center. 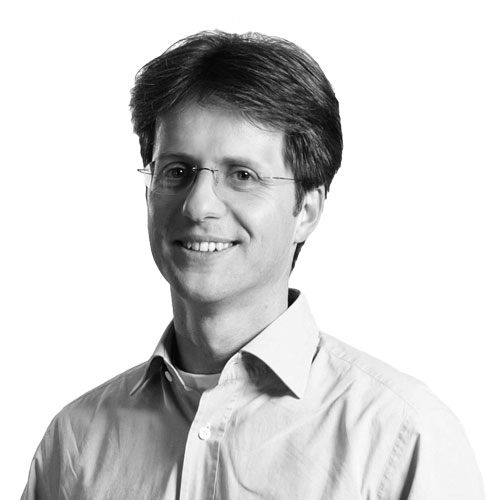 Christian Reitberger has worked with btov since 2008 – initially as a Member of the Investorenkreis and a lead investor on numerous deep tech transactions. He joined the Industrial Tech Fund as a Partner in April 2018. In 1995 Christian graduated in Physics with a doctorate sub auspiciis praesidentis from Vienna University. After stints at CERN and at industry labs he complemented his science tools with business tools at McKinsey, where he advised clients until 1999 in the areas of telecommunications, electronics, digital media and biotechnology in questions of strategy, operations as well as post-merger management; he also was a founding member of the Private Equity Practice. This led him to Apax Partners where he spent nine years, and was responsible most recently as a Partner for technology investments in Europe, ranging from venture to growth to buyout investments until 2008. In 2009, he joined pan European venture capitalist Wellington Partners and helped to build the portfolio in electronics, resource efficiency and computer vision companies. He still holds portfolio responsibility for a number of companies in the Wellington portfolio. Christian focuses his investment activities on electronics & photonics, resource efficiency and industrial AI investments that have the potential to improve the state of the world in a sustainable and significant way. And since at heart he still is a (crypto)scientist he also manages a way too broad portfolio of scientific interests in physics, mathematics, artificial intelligence, synthetic biology and econophysics. 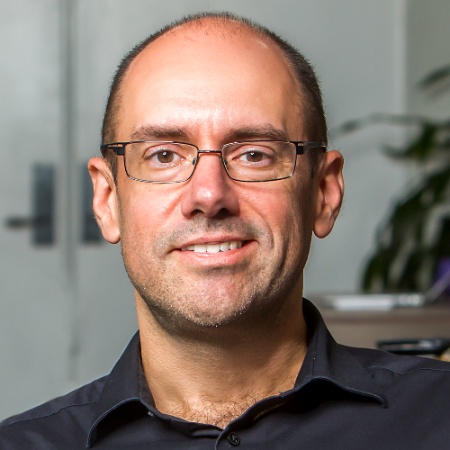 Most recently responsible for Western Digital Capital’s strategic investments across North America, Europe, and Asia, Aymerik came to Western Digital via its acquisition of SanDisk, where he led their US venture activity as well as their communications and venture ecosystem outreach since 2014, taking them into frontier tech and IoT investments.

Prior to SanDisk, Aymerik joined PCH International in 2011 where he was the Vice President responsible for startup business development, aiding consumer electronics, medtech and IoT companies with funding, design, manufacturing, fulfillment, and distribution aspects. Capitalizing on his on-the-ground experience of the Hong Kong and Shenzhen manufacturing ecosystems, he later co-founded the Highway1 accelerator for hardware startups. Since then, he has remained active as a mentor in accelerators such as Qualcomm Robotics, R/GA Connected Devices, Impact USA, Alchemist Accelerator, and Startup Bootcamp IoT, among others.

Earlier in his career, he headed North American investments for Orange for twelve years. Under his watch, several of his hardware, software and services portfolio companies IPO’ed on the Nasdaq and New York stock exchange with others being acquired by Microsoft, IBM, Cisco, SAP, Yahoo, Sun Microsystems, Cox Automotive, Keynote, Ericsson, Oracle, and Cable & Wireless.

A graduate of Carnegie Mellon University in Information & Decision Systems, Aymerik has been involved in the computing industry since his student days, when he taught a third-year lab course in software engineering methodology and also worked as a Campus Representative for Apple Computer. 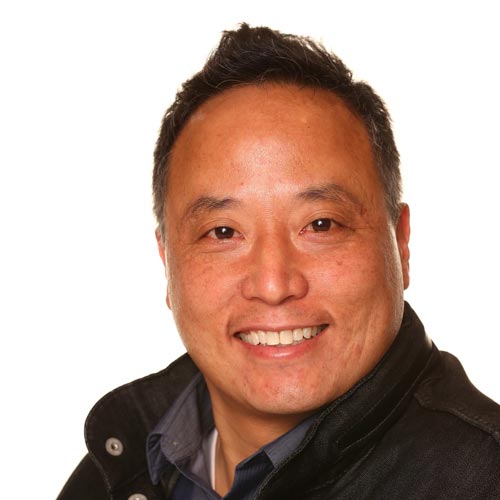 John Suh is VP and founding director of Hyundai CRADLE, a Silicon Valley based corporate venture capital and open innovation center within Hyundai Motor Company’s Strategy and Technology division. In this role he helps to drive CRADLE’s three main functions: strategic venture capital, open collaboration with the startup community, and early-stage new concept development. He helps to guide strategic investments made in four themes: robotic and AI-enabled intelligent systems, eco-friendly technologies (primarily batteries and fuel cells for vehicles), mobility services, and materials and manufacturing technology. Prior to joining Hyundai Motor Company, he worked at General Motors, Xerox PARC (Palo Alto Research Center), and several Silicon Valley startups where he has had roles in corporate investing, product management, and R&D. John has a BS degree in electrical engineering from Kettering University and an MS and PhD degrees in mechanical engineering from Stanford University. John volunteers on the advisory committee at the LA County Museum of Art’s (LACMA) Art+Technology program and as co-chair in the Consumer Technology Associations committee on Portable, Handheld, and In-vehicle Electronics (R6). John has numerous technical publications and has six patents and patents pending in the fields of robotics, artificial nose technology, and location based services.

François started in the Venture Capital industry in 1998 and has since made over 20 investments in 6 countries.
He started his career at France Telecom in 1990 where he held a number of strategy and business development positions during his 7 years tenure in Paris and New York. He then discovered Venture Capital as an Associate Director at Nomura and then as SVP at Europ@web before joining the team in 2001.
François holds a degree in Telecommunications Engineering from the ENST in Brest and received an MBA from Columbia University in New York. Francois is passionate about his family, food, wine, traveling, media, and building companies. 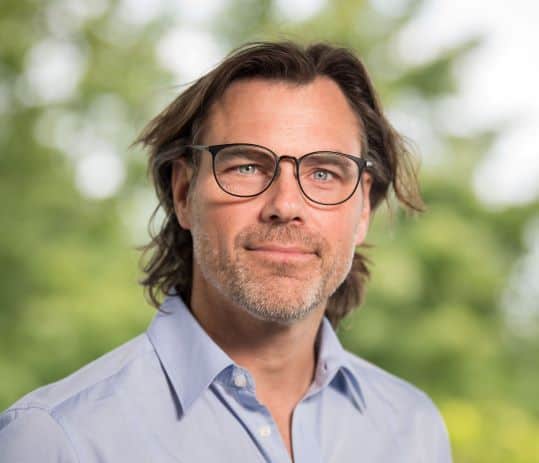