What is at stake for industrial Blockchain to arise?

Blockchain is part of the 10 strategic technology trends of 2018 listed by Gartner, with a business value predicted to reach $176 billion by 2025, and increase to $3.1 trillion by 2030. Mainly used in FinTech and cryptocurrencies, blockchain could also offer great business opportunities in industrial applications. This technology could indeed provide solutions to support digitization and data protection, as well as the setting up of new models of collaborations within industrial chains. Industrial blockchain is actually part of the key bankable challenges defined by INPHO® Venture Summit investors editorial committee and will be discussed among industrial experts on the 11th and 12th of October in Bordeaux, France.
• The remaining challenges between technology and market readiness levels 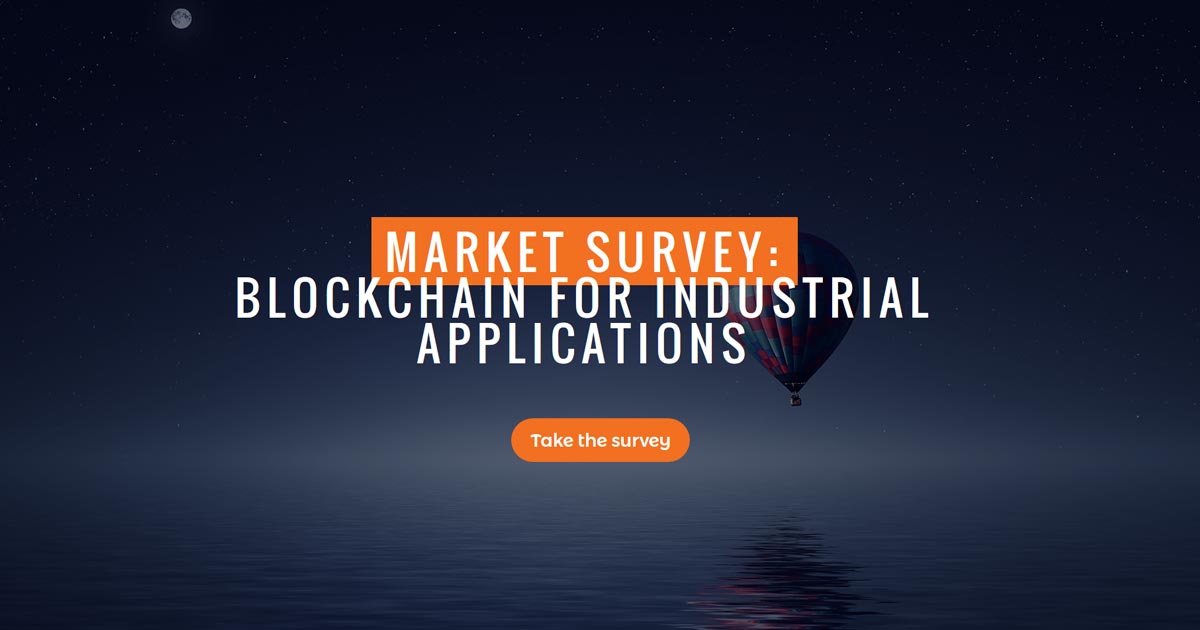 The challenges related to blockchain will not come from the technology itself but from our ability to define the right market approach and applications.

In average the technology readiness was ranked at 58%, with a technology readiness level (TRL) at 5, meaning the breadboard itself is validated in restricted and simulated environments. However, the market is ranked at 49%, meaning half of the respondents believe the market to be ready. And yet, as stated by Jérôme Grillères, General Manager Europe at VeChain the first and foremost undeniable and valuable blockchain selling proposition is the traceability and the guaranty of data authenticity the technology can offer. Those unique and precious functionalities allow many possibilities to design new ecosystems and to build new business models, provided that the community is collectively able to adopt standards and protocols that allow the technology to reach its full potential.

• The main expected impacted industries according to corporates

While the application of blockchain technology cuts across every sector, there are industries that are likely to benefit more than others from the benefits provided by this new technology.

Distributed ledger technology and its blockchain variables are used in corporations already on a global scale, mostly in the banking sector. But beyond fintech other sectors raise interest such as insurance, but also media/entertainment, healthcare, and government which are seen as the most attractive application fields for blockchain. This point will be especially addressed during INPHO® Venture Summit 2018 with a dedicated session involving Health Technologies Assessment (HTA) authorities’ representatives as well as blockchain providers.

In the presence of Hans Peter Dauben from the German HTA authority, the use of blockchain as an enabling solution for Healthcare current challenges will be analyzed. How to use blockchain for patient data management? What are the hurdles to be considered? Who will manage the cost of the implementation and is blockchain the unique solution? So many questions that will be discussed during the session INPHO® Venture Summit 2018 will dedicate to industrial blockchain applications

• The most interesting uses cases to be developed

These functions link with the emerging application sectors of blockchain. For instance, the healthcare industry is seen as a promising industry as far as blockchain applications are concerned due to the need for electronic medical records, identity management, data authentication between healthcare providers and other stakeholders. The wide deployment of blockchain systems could help prevent infringements and or unauthorized uses, but also goods tracking in complex networks cross industries.

• The current limitation to industrial blockchain solutions adoption and diffusion

According to 42% of the respondents, the complexity of blockchain technology is the first limiting factor that hinders its development while interoperability is still at stake for 38% of them.
Yet, Dieter Kraft, Managing Director at TRUMPF Venture who will chair the session dedicated to blockchain, is optimistic. Considering that “blockchain has the potential to change the world to an extent that some of us already experienced in the ramp-up of internet performance” he believes that the current limiting factors will become an old stories faster than expected. To illustrate this expectation for a quick adoption and diffusion of the technology, he mentioned the on-going shift from crypto-currencies to the attempts to set-up regulated Initial Coin offering, (ICO). The need for technology improvements will obviously be at the core of the discussions during the INPHO® Venture Summit.

At INPHO® Venture Summit, we challenge the business opportunity of Industrial Blockchain. Industrial Blockchain could be considered as an attractive solution to generate high level privacy and data security while enabling new business models. At INPHO® Venture Summit, Blockchain will be challenged and tested by players from health authorities, industries and mobility companies to bring forward the right questions.
INPHO® Venture Summit, the unique event for executives active in smart technologies and deep tech innovations will hold its 6th edition on 11th & 12th October 2018, in Bordeaux. The event will be chaired by George Ugras, General Manager at AV8 Ventures.

In its five previous editions, INPHO® has attracted more than 500 European participants, 50 international keynote speakers and over 80 VCs and corporate funds. More than 60 start-ups have been selected to pitch, raising more than 150 M€.